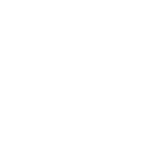 Behind the Scenes – Nirka Reyes

When a family has been working with tobacco for over 150 years they know a few things.

They can also only stay on the sidelines for so long.

That is not to suggest that growing and processing tobacco is not in the game…heck…it is probably the biggest part of the game. But blending a cigar…putting your name, your reputation on it…that is a different story.

Enter the 5th and 6th generation of Reyes

De Los Reyes just may be one of the most underrated cigars in Season One of The Final Puff. Still growing, still building a reputation. A true connoisseur of cigars would be remiss if they walked by this brand simply because they did not recognize the name.

The same would be true if you underestimated Nirka Reyes.

When she was told she could not work in the factory and needed to solely focus on her studies, she went around her family and went to Human Resources and applied for a job.

Once hired, the family knew nothing would get in her way.

Nirka could have been handed the keys to the cigar factory but that was not how she wanted it. The general manager made her learn the business from the ground up – the fields, processing, packaging, and everything in between.

Nirka Reyes is very down-to-Earth and has the ability to interact perfectly with those just starting to learn tobacco or those that have mastered the craft.

She knows her craft well and is certainly on the radar when it comes to blending cigars under the De Los Reyes name.

That said, I think this is just the beginning of her journey.